You are here: Home / Archives for recruit 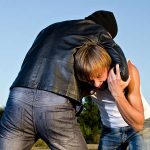 ~ CBS Radio Mystery Theater, The Lady Was a Tiger, Act 1, Scenes 1-3 — The New Recruit ~ A femme fatale double agent frames an unemployed reporter for homicide in Paris.   New Recruit: Larry Fielding, a newspaper reporter, gets fired from his job, apparently for no reason. Things go from bad to worse, but in the end […]

Apple PodcastsAndroidRSS
We use cookies to ensure that we give you the best experience on our website. If you continue to use this site we will assume that you are happy with it.OKRead more