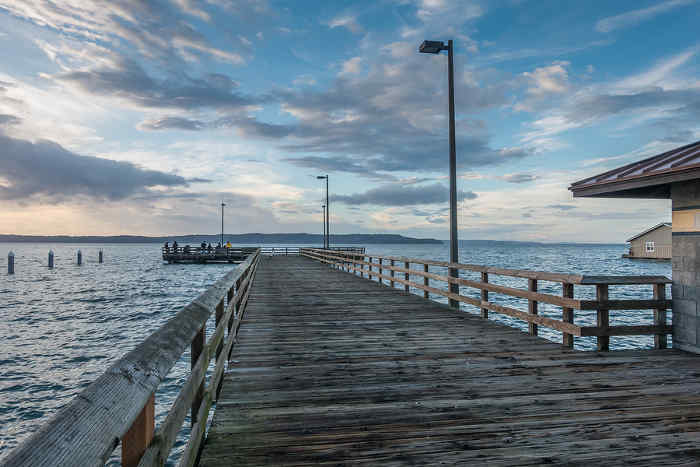 Photo by Bigstock Photo: GeorgeColePhotoMarlowe: I ran for the drome on the off chance that I could find Micky North and a lead on Moon. I found her alone and on a bench in an almost dark out-of-the-way corner of an amusement pier half watching a couple of hungry seagulls who didn’t know when it was time to go to bed circle overhead.

It Couldn’t Be Pepper!

In this episode, Marlowe gets Micky talking. He tries to find out how she feels about her ex-boyfriend, Pepper Riggs, and what her take (her point of view) is on the tragic event of Lou’s death. Does she see the tragedy as an accident or does she suspect murder? Although willing to consider the murder angle, she sees it as ‘out of character’ for Pepper to have committed the murder. But, she’s quite willing to finger someone else!

The Give and Take of Getting a Lead

Why does Marlowe trust Micky with his theory and hunches? He must not think she’s involved. He has to take the risk that he is right about this in order to get more information, more leads. What he really needs now is a tip to point him in the direction of Moon’s whereabouts.Moon is looking quite suspicious in this case since he left the Wall of Death right after Lou’s fall. He drove away with his headlights off hoping no one would miss him or see him go. Micky’s guess is that he went home, so Marlowe heads out to Moon’s shack in the oil fields.

Marlowe keeps changing his theory on Moon, at times seeing him as a suspect; at other times, seeing him as a victim. Marlowe finds Moon and makes him talk. But Moon is stopped before he can reveal some critical information.

Have fun learning the keywords with English-Chinese Flashcards and Games.
DL042 Keywords on Quizlet
DL042 Supplementary Words on Quizlet

Marlowe is drawing some pretty quick, on-the-spot conclusions. With each new development, he judges people’s reactions. He tries to read in what their motive must be, and as a result, his own conclusions about who killed Lou Bryant keep changing. Who do you suspect at this point? Did Moon have anything to do with Bryant’s death? Please leave a comment below.