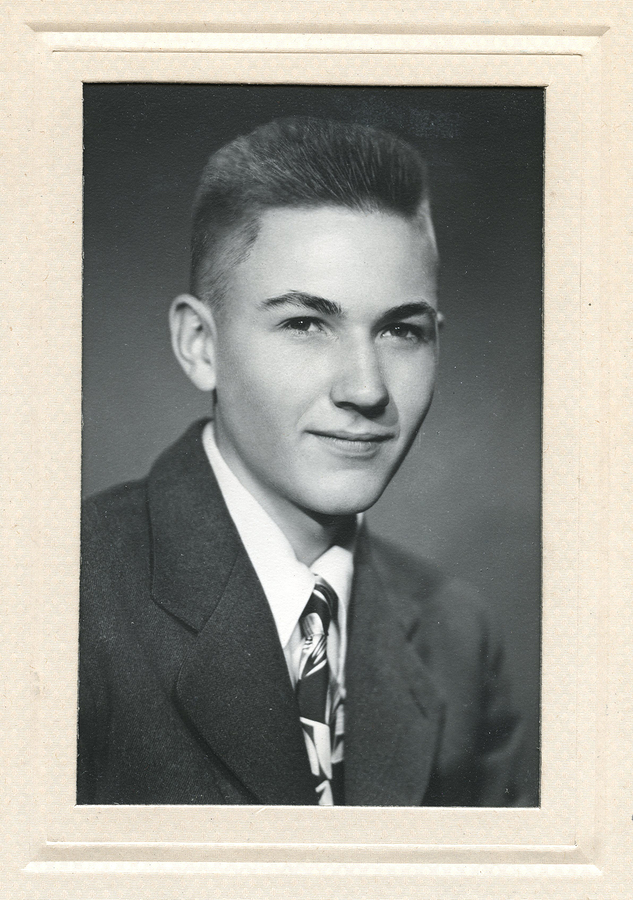 This episode wraps up the Blood Money case. Barrie cracks the case. He explains his new theory to Max and reconstructs the crime.

In Scene 13, Barrie goes to the university campus to question Stewart Blake. Stewart immediately confesses to the murder, but Barrie Craig is not convinced. He seems rather proud of his act of bravery and says his father would not have had the guts to do it. He is even able to show Barrie his receipt for the $300 retainer fee he paid to Max Marcy to find Barbar — and it is initialed M.M., most likely Max Marcy. The receipt links him to the crime, but it is not the only conclusion we can draw. He may have really intended to sue Anatol Barbar, not murder him. So why would an innocent man confess to murder? Stewart sees that the detective knows about the blackmail. It looks like motive. Since he didn’t kill Barbar, he concludes that his father must have. He rushes to confess to save his father. He would rather take the blame than see his father punished for the crime. It’s honorable, but Barrie sees through it.

Barrie was quick to see that it was a false confession because he was impressed with Stewart’s good looks. Now of course, good looking people are just as likely to commit a crime as average looking, plain people. But Stewart had been described to him before as “average”. Barrie swipes a photo of Stewart to show Max later.

Barrie realizes that he has been lied to. This realization makes him throw out his working theory and construct a new one. He tells Max his new theory, reconstructs how he thinks the crime must have really happened, and then goes on to arrest a most unlikely suspect. You’ll have to listen to find out who it is.

Review time: Listen to the whole play again, from beginning to end, Length: [28:54].

Login to download the free MP3.
Not a member? Register now. Membership is free.

Why did Max ask for Barrie’s help in the first place? Did he expect Barrie to solve the case?